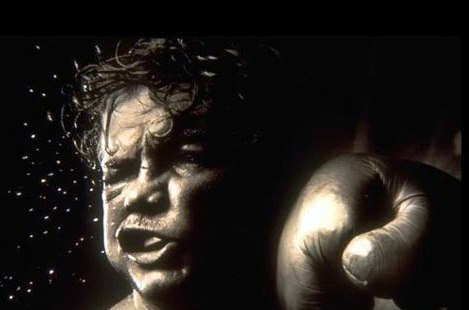 By now you’ve undoubtedly heard about the “Knock Out Game” where unsuspecting people walking down the street are punched in the head in an attempt to knock that person out with one punch. It has caused quite a stir and, of course, the media has been reporting on it. These are the kinds of stories the media latches on to: if it bleeds, it leads. People have been critically injured and even killed in these random attacks.

Fair warning: this is disturbing, but if you want to see why it’s causing an uproar, watch this report from ABC (via Yahoo).

So here’s the thing. One would hope that awareness of this disgusting “game” would be something that every decent human being wants. One would hope that it might move parents to talk to their kids — since it’s clear these are kids doing it, for the most part — about why walking up to random strangers and sucker punching them with the hope of knocking them out cold is wrong. This shouldn’t be a controversial topic. But it has become one, for some odd reason.

Let’s step back and consider exactly what’s going on first.

Picture in your mind a group of teenage boys walking down the street (it doesn’t even have to be a “group,” it can be two kids, maybe just one). On this same street is a man or woman walking alone, minding their own business. This person is going somewhere blissfully unaware of the fact that someone might just come up on them and try to knock them out. This person is thinking about getting home or to work. This person might have given a second of thought to the group of boys walking by, but only because it is the city and that’s what city living teaches you. Be aware of your surroundings. But the kids walked by and no one looked particularly threatening. The person keeps walking and returns to thoughts of home or the office or whatever one does as one walks down the street.

Then stars. Then pain. Then confusion. As it is unfolding, the pain is real. The confusion blooms into panic almost instantly as the brain tries to cope with the sudden rush of sensory stimulation. It’s instinctive. Blows to the head also cause the brain to slosh around in the skull. The brain trauma and the sensory overload cause unconsciousness. The brain basically hits the reset button to protect itself. The person passes out. It all happens in less than a second. Boom, overload, darkness.

When the person begins to wakes up, the first sensation is pain. A throbbing headache. Then perhaps a recognition of where exactly the trauma happened, where the punch — or whatever — landed. Pain on the part of the face where it hit the pavement or wall. Pain in other parts of the body where flesh met concrete or brick or cast iron. The confusion sets in again. “What the hell just happened?” And that’s if the person wakes up.

Think about how that feels.

Now ask yourself why anyone would attempt to downplay the news coverage of these attacks? This is unacceptable behavior, and yet some are attempting to portray the very real attacks as a “myth.” The argument goes that there isn’t a sudden rash of attacks. “This is just what happens in the city,” they say. “There’s no uptick in violent crimes,” they say as they set fire to the strawman.

Let’s just take a look at who is trying to convince people that the “Knock Out Game” is a myth. The usual suspects: Leftists.

Here’s a particularly disgusting rationalization at The Daily Beast. The author exemplifies the “it’s not a big deal, this happens all the time” camp of the “myth” proponents.

But the question isn’t whether these random assaults happen. Of course they do. The question is whether this is a new dimension of urban crime, or a new name for an old phenomenon. Most of the evidence points to the latter. For starters, it’s not hard to find reports of senseless attacks on innocent bystanders. In 2011 in Washington, D.C., for instance, there were nearly 1,700 assaults excluding guns, including a random attack by a group of teenagers in a subway station. Violent crime is a fact of life in American cities, though it’s infrequent and on the decline, and that includes muggings and attacks by strangers.

No, the question is why the hell are you attempting to downplay the media coverage, dude? These are the same people who love creating “awareness” about their pet causes.

On top of all of this, it’s worth emphasizing the broad picture. Overall, according to the Federal Bureau of Investigation’s 2012 crime report, there were an estimated 127,577 assaults with “hands and fists” in American cities with more than 250,000 people, a 0.7 percent increase from the previous year. The “knockout game” may or may not be a new phenomenon, but with a few instances out of tens of thousands of assaults, it’s not a trend, and media outlets shouldn’t treat it as one. A few teens may describe their behavior as a game, but to hold them up as signs of a crime wave is to cherry-pick data and mislead the audience. A little incredulity, in other words, would go a long way.

Oh, really Jamelle? That’s a really reasoned approach you’re taking there. And I like where you finally admit that yes, some of the teens going around knocking people out do, in fact, call it a game.

Let’s see how you dealt with a recent case of ONE person doing something and how you said it shouldn’t be used as evidence of a trend, shall we?

It’s so weird that these anti-Obama Tea Party protesters would bring a Confederate flag.

I mean, since obviously the Tea Party’s grievances with Obama have nothing to do with race, there’s no real reason to bring the flag of a pro-slavery rebellion.

I’ll just leave that right there. Just make note that it wasn’t “these anti-Obama Tea Party protesters.” It was one guy who brought the Confederate flag. And he’s a moron.

You’ll note in my description of what happens during one of these attacks that I didn’t mention the race of the group of kids attacking the stranger walking down the street. Why? Because it doesn’t matter to me, nor should it matter to anyone else, what color they were. It’s still wrong. But Jamelle Bouie and the people attempting to downplay the attack only care about race. And the fact that the majority of these crimes are being committed by non-white kids is a problem for people who make their living playing the race card, like Bouie.

It was refreshing to see Al Sharpton resist the urge to downplay these attacks and we should all welcome more of this:

When a 78-year-old Jewish woman was walking down the street in Brooklyn earlier this month, the last thing she expected was to be punched in the face. Tragically, that’s exactly what happened. The elderly woman was apparently the victim of what authorities are calling a “knockout game” — where, according to police, an attacker or attackers aim to knock out a person with a single sucker punch. It is an alarming trend that is spurring outrageous incidents across the country. It is deplorable, reprehensible and inexcusable. It is insane thuggery, and it is unequivocally wrong. These kids are targeting innocent people, and in many cases specifically targeting Jewish folks. We would not be silent if it were the other way around, and we will not be silent now. This behavior is racist, period. And we will not tolerate it.

Exactly. Is there any doubt that if there were groups of mainly white kids walking around trying to knock out innocent strangers, and more than a few of the victims happened to be of a different race, that the race police would be up in arms about a “disturbing trend?” The “Knock Out Game” would be trademarked. Adjectives like “racist” would be added for emphasis: “… another racist ‘Knock Out Game’ attack happened.” There would be protests and demands for new classifications of crimes to make things already illegal extra-illegal.

Oh wait, we already have those. They’re called “hate crimes.”

The Knock Out Game is not a myth. It is happening. And guess what? It isn’t new. The fact that so many think it is new is part of the problem. The politically correct media has simply ignored it for a long time in fear of, well, the pushback from the race card players they’re getting now. But this is a brand new world. Social media has added the element of kids recording this stuff and putting it out there for all to see. It is impossible to ignore now.

And that’s a good thing. And, no, I’m not calling for more profiling or anything of the sort. The awareness of these attacks should cause conversations in the home. These attacks are part of a broader societal problem that has been festering for a long time and allowed to continue because too many didn’t want to talk about it. There are now a couple of generations of Americans where a large percentage of them have seemingly lost the ability see the value in human life. What the hell is happening here?

We always hear about having “national conversations” about stuff but it’s always, conveniently, about things the Left would like to tar conservatives with to further their agenda. Gun control after a shooting, for example. Or how “gay bashing” is evil, which it is, but always with an eye to creating another “protected” class who Democrats can pander to in order to win votes. In cases like the “Knock Out Game” the potential “protected” classes can’t be reliably Democrat / liberal so we get these attempts to reduce the significance of the attacks. It’s all a “myth.”