I loathe how he came into power, in a “historic landslide” where in reality, less than 25% of New Yorkers even bothered to vote.

I loathe that he eats pizza with a fork.

I loathe that he killed Staten Island Chuck and kept it hush-hush for months.

I loathe that his entire MO is to make New Yorkers more dependent on a city that cannot care for everyone’s well-being.

I loathe that he is a Clinton alum.

But, plain and simple, Bill de Blasio is not responsible for the execution of NYPD Officers Wenjian Liu and Rafael Ramos. That heinous act belongs to the murder–and only to the murderer. I won’t publish his name because I refuse to give him any more publicity than he already has received.

What de Blasio is responsible for is turning his back on the NYPD to placate the likes of Al Sharpton and his ilk. de Blasio sold out the NYPD on numerous occasions in order to establish his legacy as the mayor who brought “social justice” or some crap like that to New York City.

The mayor should ALWAYS have NYPD’s back because, as a whole, the NYPD are hard-working, good people, who rise to the occasion as heroes when needed the most. 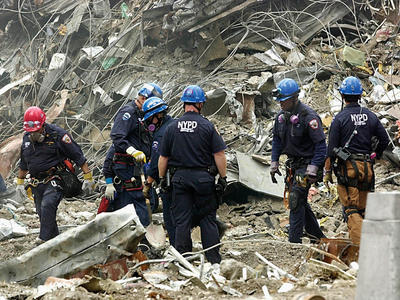 Sure, there are bad apples–just like in every profession. But when you talk about “the culture” of the NYPD needing change, you are pushing corporate guilt on innocent officers.

Make no mistake, personally I think that Eric Garner’s death was not only a tragedy, but that there should have been an indictment (perhaps one which eventually led to an acquittal, though). But the mayor’s proper role in this is to not trash the NYPD as a whole, and really not trash the officer accused of applying a “choke-hold” on Garner.

de Blasio certainly put the NYPD in a tough spot with his anti-cop rhetoric as of late. He started off campaigning as being anti-stop and frisk. Instead of acknowledging the need for reform, de Blasio framed it as an “us versus them” issue and dropped the defense of the suit challenging the constitutionality of the statute.

de Blasio amped up the anti-cop rhetoric when he used his son as a political prop to make an anti-NYPD point, pondering if Dante would be safe walking the streets of New York City because he’s half-black and the racist NYPD being out there.

de Blasio let the protesters have full run over New York City in the wake of the Michael Brown and Eric Garnder non-indictments. Police were attacked, spat upon, assaulted, and told to sit there and take it.

They threw fake blood on the freaking Commissioner of the NYPD, for crying out loud! Who’s in charge here? 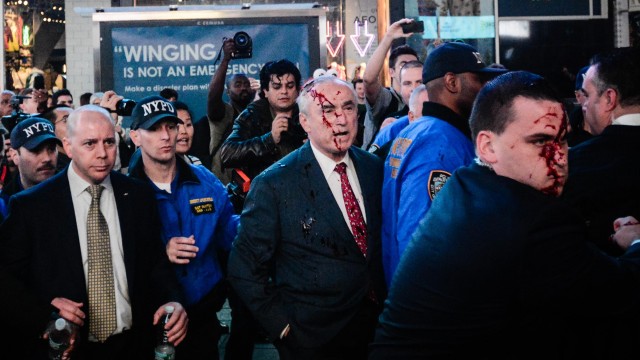 Then, after the execution of the two NYPD officers, the NYPD did what de Blasio did to them–they turned their backs on Hizzoner.

Turning their backs on de Blasio was a powerful symbol of protest and was exactly what de Blasio did to the NYPD in his first year as mayor.

Nobody is saying that everything every cop does is perfect. But to not have the backs of the police department in New York City sends the wrong message to the citizens of New York who want to live in a safe city, to tourists who come here and want a safe city, and to predators who are looking for marks in a safe city. We saw this on Saturday, sadly.

Mr. Mayor, you’re not running for office. Start acting like a mayor.